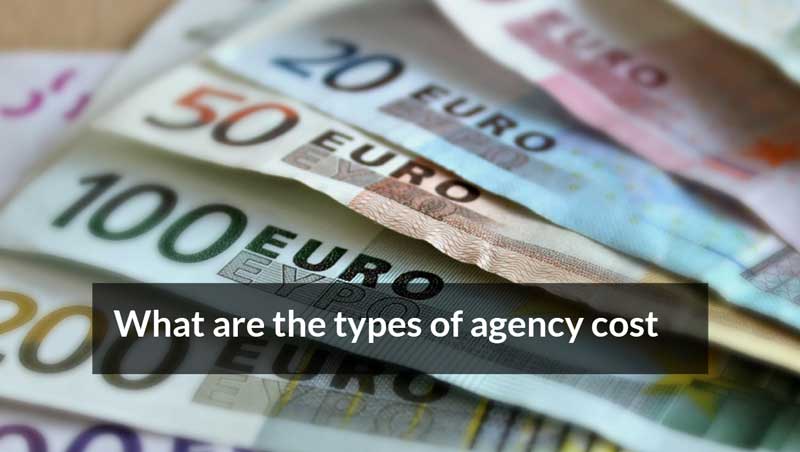 To reduce agency problems and contribute to the maximization of owners’ wealth, stockholders load agency costs. Agency costs are defined as those costs borne by shareholders to encourage managers to maximize shareholders wealth rather than behaving in their own self-interests.

The notion of agency costs is perhaps most associated with a seminal 1976 Journal of Financial, Economics paper by Michael C. Jensen and William H. Meckling. Who suggested that corporate debt levels and management equity levels are both influenced by a wish to contain agency costs.

In absence of efforts by shareholders to alert managerial behavior. There will typically be some loss of shareholder wealth due to inappropriate managerial actions.

On the other hand, agency costs would be excessive if shareholders attempted to ensure that every managerial action conformed with shareholder interests.

Therefore, the optimal amount of costs to be borne by shareholders in determined in cost-benefit context-agency costs should be increased as long as each incremental taka spent results in at least a take increase in shareholder wealth.

Such expenditures relate to monitoring the activities of the management (agents) to prevent a satisfying in contrast to share price maximizing behavior by them.

They protect the owners against the potential consequences of dishonest acts by management/managers. The firm pays to achieve a fidelity bond from a third-party bonding company to the effect that the latter will compensate the former up to a specified amount for financial losses caused by corrupt acts of managers.

Such costs result from the inability of large corporates from responding to new opportunities. Due to the organizational structure, decision hierarchy, and control mechanism, the management may face difficulties in seizing profitable investment opportunities quickly.

The most popular, powerful, and expensive approach is to structure management compensation to correspond with share-price maximization. The motive is to give managers incentives to act in the greatest interests of the owners.

In addition, the resulting compensation packages allow firms to compete for and hire the best manager available. The two key types of compensation plans are (a) incentive and (b) performance plans.

What are the advantage and disadvantage of lease?

what is financial risk management?