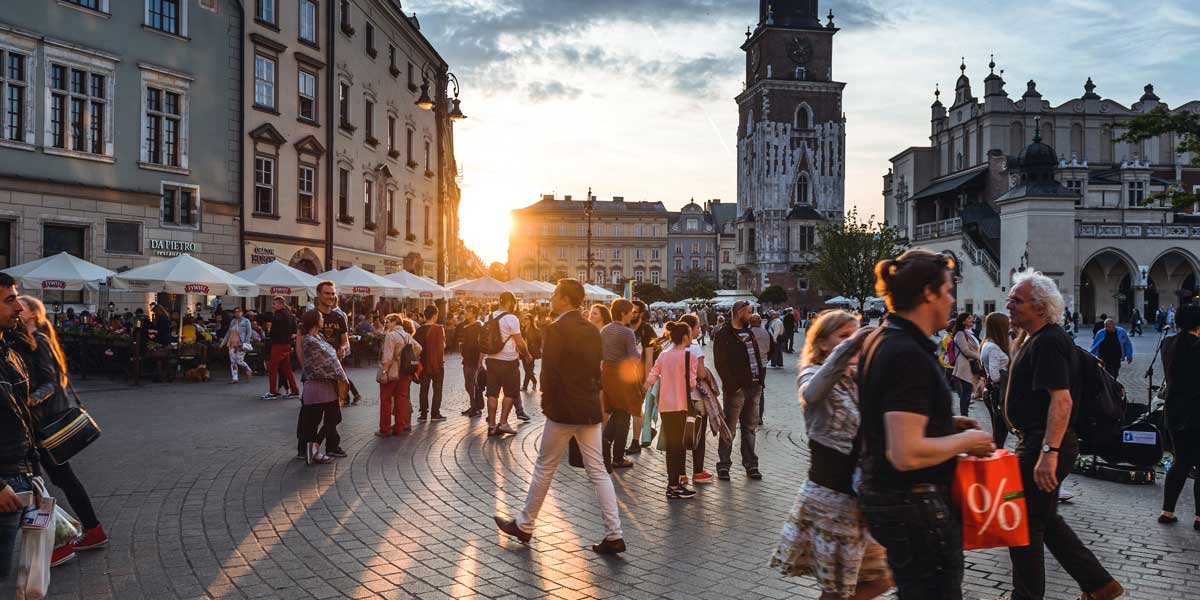 Would you like to know something about a city which is nothing like any European capital? A city which for many times was robbed, destroyed, burnt, and bombed. But in spite of these traumatic events is today a beautiful place full of life. Here we will discuss a bit about the city and the main events that resulted in what Warsaw looks like today. The History of Warsaw Poland.

Warsaw in its history went through many tough moments. The first event you should know about was in the 17th century. It was the Swedish deluge. Plenty of monuments, antiques, and jewelry was taken away from Polish territory and never given back. Warsaw was left by the invaders almost empty.

Another traumatic situation happened at the end of the 18th century. In 1795 the whole country lost its freedom and was divided between three countries. Russia, Prussia, and Austria-Hungary. Warsaw belonged to the Russian annexation. That enslavement lasted for over a century and finished in 1918. When Poland regained independence. Warsaw as the capital of the reborn country started to develop rapidly.

Unfortunately, freedom lasted only 20 years. In 1939 World War 2 started. Poland was the first country that was attacked by the Germans who began to occupy Warsaw. There were three significant moments during the war. The first one was at the beginning of the war when Warsaw was bombed by German aviation.

In 1945 the war finished for many Europeans. Unfortunately, this peace didn’t mean the same for the whole of Europe. For over 40 years Poland was behind the Iron Curtain and the Russian influence of communism. After the war, the city was rebuilt. But in a different socialist realism style. The city center was dominated by massive communistic blocks and buildings. Fortunately, not only the new buildings were erected. Among others, the traditional tenements in the old town were rebuilt as well.

Today Warsaw is a very rapidly developing city. It’s beautiful, clean, safe with lots of cafes, restaurants and full of life. Most of all is the only city in Europe where you can see and touch the history that shaped it. It’s the only city where you can see beautiful Renaissance tenements, preserve drawings, giant buildings raised at the time of communism, and modern glasses skyscrapers standing next to each other. This is the story of a tough life. The story of rebirth from the ashes. It’s the uniqueness of the History of Warsaw Poland.

Medieval Ages to the Beginning: History of Warsaw Poland

Warsaw was founded at the end of the 13th century by Mazovian Dukes. We don’t know the exact date because no document about that event was found. You must know Warsaw was an autonomous city. Then it was incorporated into Poland. It was in 1526.

Warsaw’s situation changed for the better after the unification of Poland and Lithuania in 1569. This year Warsaw was chosen as the place of parliament’s debates, because of its central position.

One of the most important dates for Warsaw is the year 1596. Back then – king Zygmunt III moved the capital city from Cracow to Warsaw.

Then in the XVII century, Poland was attacked by Sweden. This event was called the Swedish deluge and lasted from 1655 to 1660. Warsaw suffered in this war severely because the Swedish forces destroyed and plundered much of the city. Fortunately, Warsaw was rebuilt and reborn like a phoenix from the ashes.

The reign of Jan III Sobieski was a time of prosperity. Moreover, King Sobieski was famous for beating the Ottoman Empire under Vienna In 1683.

Then in the XVIII century, we had the time of Enlightenment. The population of Warsaw rose and architecture flourished. For example, Saxon Gardens were laid out in the early 18th century, The National Theater was founded in 1765, wealthy palaces and churches were erected, and cultural and artistic life developed. Among others thanks to the last Polish king, Stanisław August Poniatowski.

But that time was also very tragic. Three countries – Prussia, Russia, and Austria decided to take our lands. They robbed the country of a third of its territory. From 1788 to 1792 Warsaw played host to the Great Sejm – extraordinary deliberations of the officials. At that time the Polish Constitution of 3 May 1791 was signed. It was the first in Europe and the second in the world after the American Constitution. However, the main objective of the Great Sejm sessions was to protect Poland against the danger lurking from its neighbors: Russia, Prussia, and Austria.

Unluckily Russia attacked Poland. As a result of this war and Kosciuszko’s lost revolution Poland lost its independence. Poland disappeared from the maps. It was hard 123 years without the state. But Polish people didn’t like this dependence. There were at least 2 uprisings. Unfortunately, all of them ended with a failure.

After World War I: History of Warsaw Poland

In 1918 after World War I Poland regained independence. It was a difficult time because Poland needed to be rejoined from three different countries. Additionally, the Red Army from USRR attacked our boundaries. The polish-soviet War started. The Red Army was defeated by the Polish troops in the great Battle of Warsaw in 1920. This stopped the threat of communist expansion to Western Europe. Poland became a republic, and became so beautiful that in the 1920s and the 1930s was called “Paris of the North”.

Only 20 years of freedom were given to people due to the outbreak of World War II. During that time Warsaw was under German occupation. People suffered a lot. Arresting, killing and torturing were quite typical at that time. Great extermination of the Jewish nation began right after the beginning of this war. After some time people had enough. In 1944 the Warsaw Uprising started. This rebellion was ruthlessly crushed. 85% of the city was destroyed. Warsaw was the city of ruins.

After the war end

After 1945 the war ended but Poland had to face the hard times of communism. The city was rebuilt but people were very poor and suffered a lot. Poland was supposed to be a free country but in fact was under the communist Russian influence, behind the iron curtain. Arresting, tortures and murders continued but Poles tried to fight communist rulers.

The process of communist breakdown started in the early 80s. Have you heard about Solidarność and Lech Wałęsa? They were the milestones of the Polish transformation process. It wasn’t so easy because in 1981 the government introduced martial law which ended in 1983.

The communist period ended in 1989 after The Polish Round Table Talks. This was an impulse of communism breakdown in many countries like Germany, Czechoslovakia, Lithuania, Latvia, and the whole communist block. Then political and economical transformation started. Poland became a democratic country. Thanks to these changes we live in a beautiful European city, worth visiting for sure.

Population growth in Asia in the 21st century